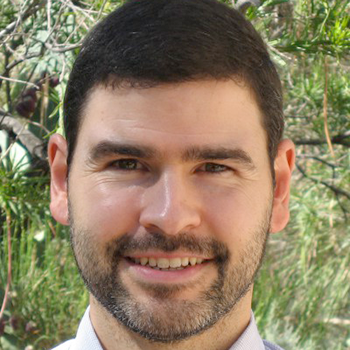 In ocean crust, fluid flow between the basaltic basement aquifer and the overlying ocean is an important control on heat transport, solute transport, and alteration of the crust. As sediments gradually accumulate on oceanic crust, they change the nature of fluid circulation within the basement aquifer. My interests in marine hydrogeology include fluid and heat circulation patterns in ocean crust, permeability evolution of ocean crust, and fluid and heat flow through seafloor sediments. I have studied fluid and heat flow in diverse settings, including the flanks of mid-ocean ridges, subduction zones (e.g., Costa Rica, Nankai Trough, Cascadia, and southern Chile), and estuaries.

Below: Photo of AUV Sentry being deployed to map a seep site offshore Oregon. 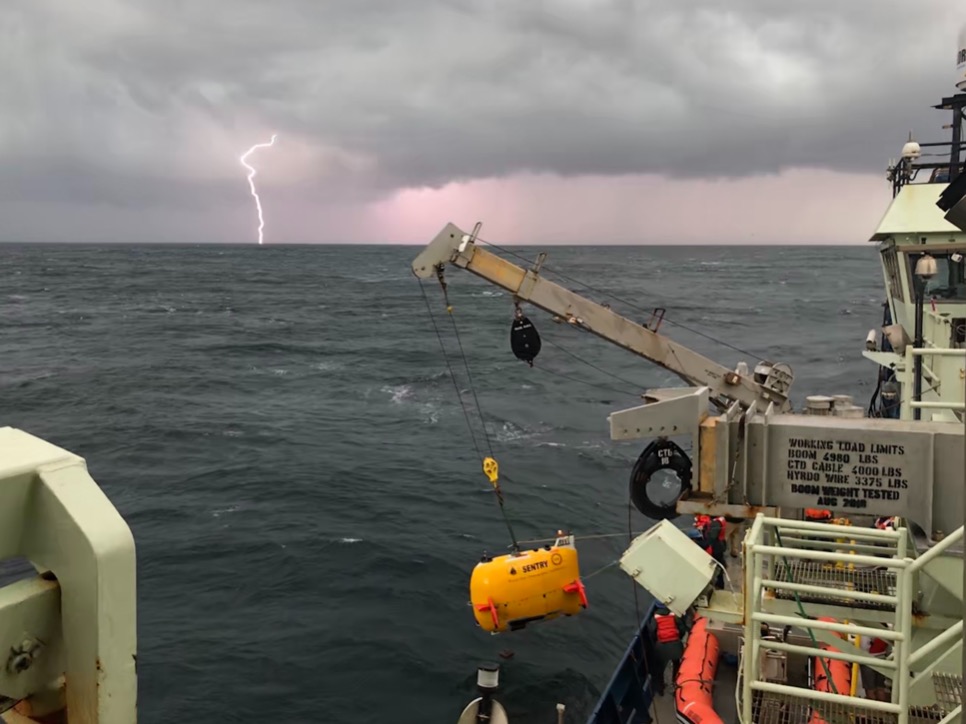 I am also interested in how water derived from mineral dehydration reactions affects the fluid pressure distribution in subduction zones.  In the subduction zone offshore Costa Rica, I examined how the release of water bound in minerals may affect the distribution of fluid overpressures (and therefore effective stress) on the plate boundary fault.  That study focused on dehydration reactions in sediment at fairly low temperatures (<150 ˚C).  In ongoing projects, I am examining how the release of water from the basement rocks of oceanic crust at higher temperatures may affect the distribution of excess fluid pressures in subduction zones, and how fluid sources from the subducting slab link with mantle wedge alteration and melting.  This has implications for understanding the overall “plumbing system” of subduction zones.

In collaboration with geologists and hydrogeologists in our department, I am working on a geological, geophysical, and hydrological study of field-scale fault-zone cementation and permeability. Geologic faults usually make the news only when they have produced damaging earthquakes.  However, faults also quietly have an important impact on society that most people never think about – they control the flow of groundwater and petroleum in aquifers and oil fields.  In fact, a fault acting as a barrier for fluids can make the difference between a productive water or oil well and a terrible one.   This is true for the Rio Grande aquifer system, in which groundwater levels can vary by hundreds of feet as fault zones are crossed. Through this study, we will address the difficult question of the role that natural cements plays in controlling the ease with which fluids pass through faults.

Below: Photo of a strongly-cemented portion of the Loma Blanca Fault.

The cements are composed of minerals precipitated from groundwater over thousands of years or more.  As the minerals precipitate they fill pores in the rock, clogging them, and making it difficult for fluids to flow. However, determining the distribution of fault-zone cements is difficult.  As a result, fault-zone cementation is typically not accounted for in estimates of the impact of faults on fluid flow. In our study, we are taking advantage of unique electrical properties of natural cements to map their 3-D distribution in an exceptionally well-exposed fault zone a few miles north of Socorro, NM.  Then, we will directly measure the impact of the cements on groundwater flow by drawing water from wells adjacent to the fault.

Below: Coring and well-installation operations at the Loma Blanca Fault. 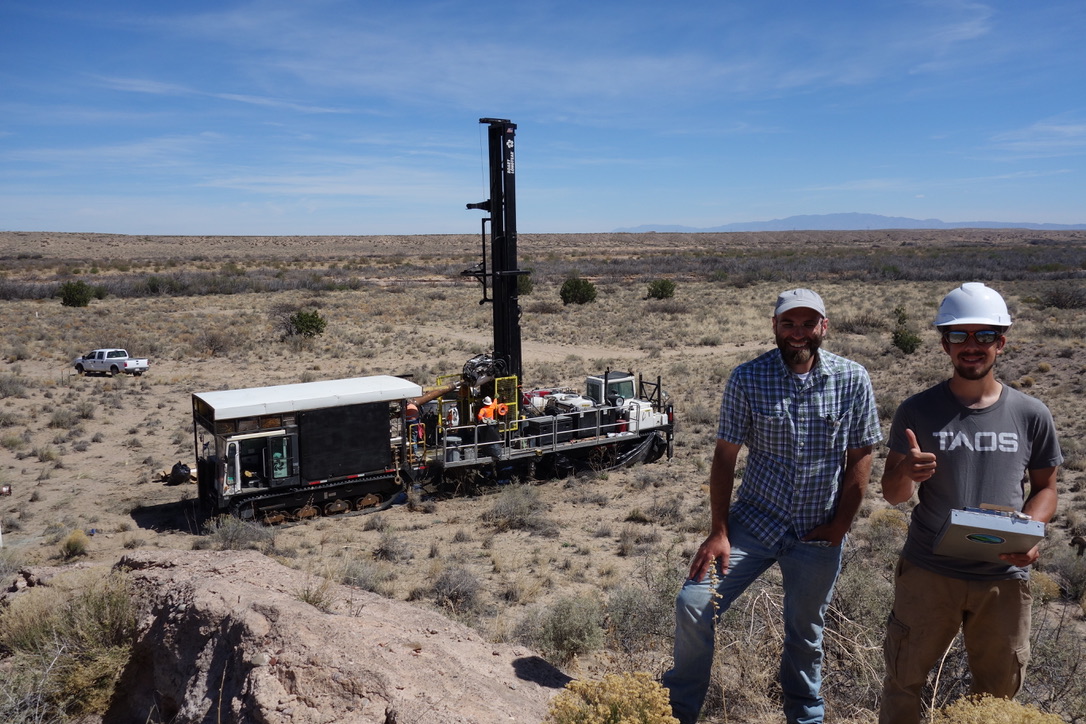 Variations in sediment type and porosity can lead to large differences in sediment permeability. My previous sediment oriented studies range from determining sedimentation patterns on the northern California margin from reflection seismic data to laboratory consolidation and permeability testing of sediments from San Francisco Bay, the Juan de Fuca Ridge flank, and the Congo Fan.