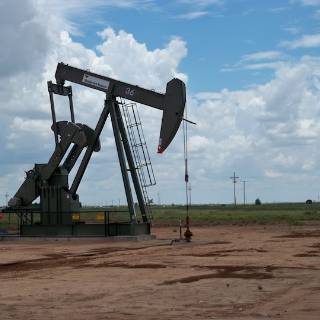 Three Tech students won awards through the regional Society of Petroleum Engineers student paper contest at the University of Tulsa in April. Another student won an award for a paper presented at the American Association of Drilling Engineers conference.

SOCORRO, N.M. – Three Tech students won awards through the regional Society of Petroleum Engineers student paper contest at the University of Tulsa in April. Another student won an award for a paper presented at the American Association of Drilling Engineers conference.

“This is an extremely good showing with three Tech students placing in the top three in their categories,” said Dr. Hamid Rahnema, advisor to the SPE student chapter. “Congratulations to the NMT students for their performance! They worked and practiced many hours to refine their talks.”

As a first place winner, Abdallah will move on to the international contest that will be held at SPE's Annual Technical Conference and Exhibition (ATCE) in Amsterdam.

“Thanks also to all the students, faculty, PRRC, staff – especially Karen Balch – and volunteer judges who organized and helped in the department paper contest back in November,” Rahnema said.

Pivnicka’s paper is titled “Pressure Prediction of Time-Dependent Drilling Fluids - The Effect of Acceleration.” He studied how fluids and clay particles arrange themselves into something resembling a house of cards over time. This "structure" gives drilling fluids the ability to suspend and carry rock cuttings while drilling.

Abdallah’s first-place paper is titled, “Cost Effective Treatment of Produced Water Using Co-Produced Energy Sources.” Working with the Petroleum Recovery Research Center, he he built and tested a process called humidification-dehumidification, or HDH, to treat water produced at oil wells. He found that the cost of treating water is far lower and more efficient that existing methods.

Memarzadeh’s second-place paper was titled, “Thermodynamic Analysis of Solvent Assisted Steam Injection.” He studied how steam can reduce the viscosity of in-situ oil to increase production. His study attempts to show how superheated solvents and steam will affect a reservoir at various pressures and temperatures.

Memarzadeh is a second-generation Techie. His father earned a bachelor’s in 1981 and a master’s in 1982, both in petroleum engineering.

Ampomah’s third-place paper was titled, “Sensitivity Analysis of Reservoir Fluid Effects of Seismic Properties.” His paper offers a modified approach to estimating the probable petroleum reserves that could be found in an underground reservoir.