Praised for its “authentic, soulful, and orchestral sound”,  The String Queens (TSQ) is a dynamic trio that creates stimulating musical experiences that inspire diverse audiences to love, hope, feel, and imagine. With an array of repertoire spanning from the Baroque era to the Jazz Age to today’s Billboard Hot 100 Chart, TSQ performs versatile programs that transport audiences through time and a multitude of musical genres.

Elise Sharp (Cello): Élise Sharp, a native Washingtonian, began playing the cello in the DC Youth Orchestra Program (DCYOP) when she was eight years old. She has graced some of the world’s most renowned stages in performances alongside musical legends Whitney Houston, Tye Tribbett, Donnie McClurkin, Aretha Franklin, and Dionne Warwick, to name a few. In addition, Élise has performed for three former Presidents of the United States of America including, George H. W. Bush, William J. Clinton, and Barack Obama. Currently, she performs as principal/assistant principal cellist of Soulful Symphony and many other community-based orchestras in the Washington, D.C. area.

Kendall Isadore (Violin): Born in Houston, Texas, Kendall Nicole Isadore is a Vocalist, Violinist, Pianist, Songwriter and Educator. She is a proud graduate of Howard University and George Washington University, and has been playing the violin, piano, and singing since she was eight years old. Though classically trained in all three disciplines, Kendall’s niche is performing a wide range of musical genres on violin including, R&B, jazz, “Top 40”, gospel, contemporary, and hip-hop. She has performed at a variety of legendary venues all over the country with artists including Roberta Flack, Josh Groban, Fantasia, Sheryl Lee Ralph, Kurt Carr, and Kim Jordan, to name a few.

Dawn Johnson (Viola): Named as the recipient of the 31st Annual Mayor’s Award for Excellence in Performing Arts Teaching in Washington, D.C., Dawn Michelle Johnson is a graduate (B.M, M.M) of The Juilliard School in New York City and has been recognized by her alma mater for her “Outstanding Achievement and Leadership in Music” as a recipient of the Jerome L. Greene Fellowship, the Irene Diamond Scholarship, and the Peter Mennin Award in Music. A native of Miami, FL, Dawn is a violist and music educator who has been featured as soloist with the Moscow State Symphony Orchestra, the New World Symphony, the Santa Fe Virtuosi, and the Ars Flores Chamber Orchestra. 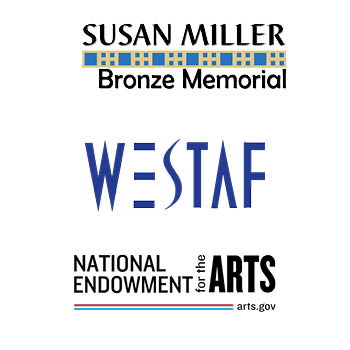