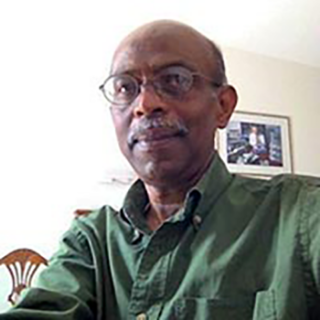 Primary research interests are in structure-property relations of materials, and microstructure optimization through thermo-mechanical processing.

In recent years, the research has focused more heavily on XRD and neutron diffraction characterization methods for quantitative phase analysis, and also to understand internal stress and texture evolution in multiphase materials following thermomechanical processing. The research is complemented with analytical/FEM analysis to predict deformation response and also to optimize processing parameters.

The growth of tin whiskers on a wide range of Sn-coated electronic components pose catastrophic short-circuit problems in many long term applications, e.g., in aerospace, defense, nuclear, and transportation. In the past, this was largely mitigated by adding a few percent Pb to Sn, but that is no longer possible due to the worldwide ban on Pb. Through our work on NSF award CMMI-1335199, we have demonstrated Indium as an alloying element not only mitigates, but actually eliminates Sn-whisker growth. This has been a major breakthrough following 50 years of research aimed at eliminating Sn whiskers in solder applications. Furthermore, we have identified a key mechanism responsible for whisker mitigation - that Indium leads to alteration of the structure and chemistry of the 3-4 nm surface oxide on Sn, along with enriched In in the near surface (20-70nm depth) and grain boundary regions. Essentially, we show that Indium compromises the tenacity of the oxide coating. We observe similar segregation in Pb doped Sn, and it constitutes a major departure from conventional understanding of the role of Pb in Sn whisker mitigation.

Additional fundamental studies of mechanisms such as texture changes are in progress, and a goal is to obtain a general understanding of whisker mitigation not only in Sn films on Cu, but also in Al films on Si, Cd films on alloy steels, etc. An US provisional patent application has been filed for Sn-In films.

Magnetocaloric materials have gained significant interest as an environment friendly and efficient solid state refrigeration technology. We have been working on Heusler alloys, primarily the non-stoichiometric Ni2MnGa system that rely on magnetic field induced first order structural transformation (‘magnetostructural transformation’) for improved magnetocaloric effect (MCE). The work was originally funded by the Army Research Laboratories. The magnetostructural transformation temperature is sensitively dependent on composition, so that alloying chemistry have to be optimized for martensitic transformation close to RT. In addition, we have observed significant MCE increase (up to 80%) following stress assisted thermally cycling of samples, and have demonstrated that one primary mechanism responsible for the increased MCE is the development of preferred crystallographic orientation in the martensite phase. The rationale for this approach derived from our previous work on shape memory NiTi samples, where in situ neutron diffraction work LANL showed favorable texture when a sample was cooled from the austenite to the martensite under low applied stress – an effect due to very low shear modulus at the transformation temperature. That work was funded initially through ARO and later through NSF.

In more recent work we have been studying the influence of elemental doping, in order to bring the magnetostructural transformation from about 60 C to RT while at the same time enhancing MCE.