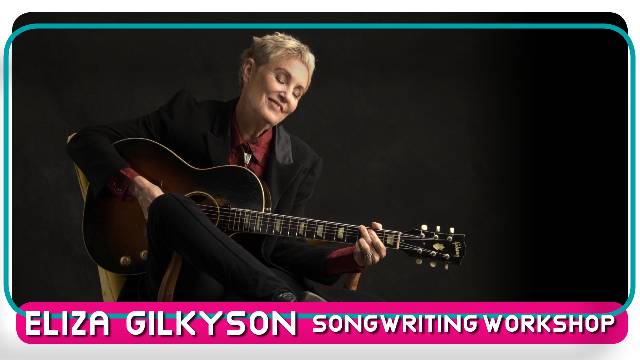 Please bring an unfinished, stuck or work-in-progress song to be worked on with Eliza and the group in a nonjudgmental, supportive environment.

Eliza Gilkyson has discovered a natural bent for teaching and sharing what she has learned over the course of her 50-year career in music. Gilkyson's bona fides include a second Folk Music Grammy nomination for 2014’s The Nocturne Diaries, Songwriter of the Year and Best Folk Artist awards at the 2014 Austin Chronicle SXSW Music Awards, Song of the year at the 2020 Folk Alliance International conference for her political anthem “Peace in Our Hearts," and countless other Folk Alliance and Chronicle Awards garnered over the years, including Best Songwriter, Record of the Year and Best Solo Performer. Her songs have been covered by Joan Baez, Bob Geldof, Tom Rush, Rosanne Cash and more, and have appeared in films, PBS specials and on prime-time TV. With more than 20 recordings under her belt she knows how to write songs!

Gilkyson enjoys creating a non-judgmental safe environment to facilitate exploring songwriting and pushing through blocks and self-doubt. She encourages students of all ages and genres to bring their songs in any form or stage to her workshops so students can woodshed with a pro and learn from and with other participants in the song circle. Eliza also runs her own annual Casa de Musica Songwriter Workshop at her beautiful hacienda just outside of Taos. This is a perfect opportunity to bring your song to an acclaimed instructor with years of hands-on experience and a real desire to help you grow as a songwriter. (www.elizagilkyson.com)