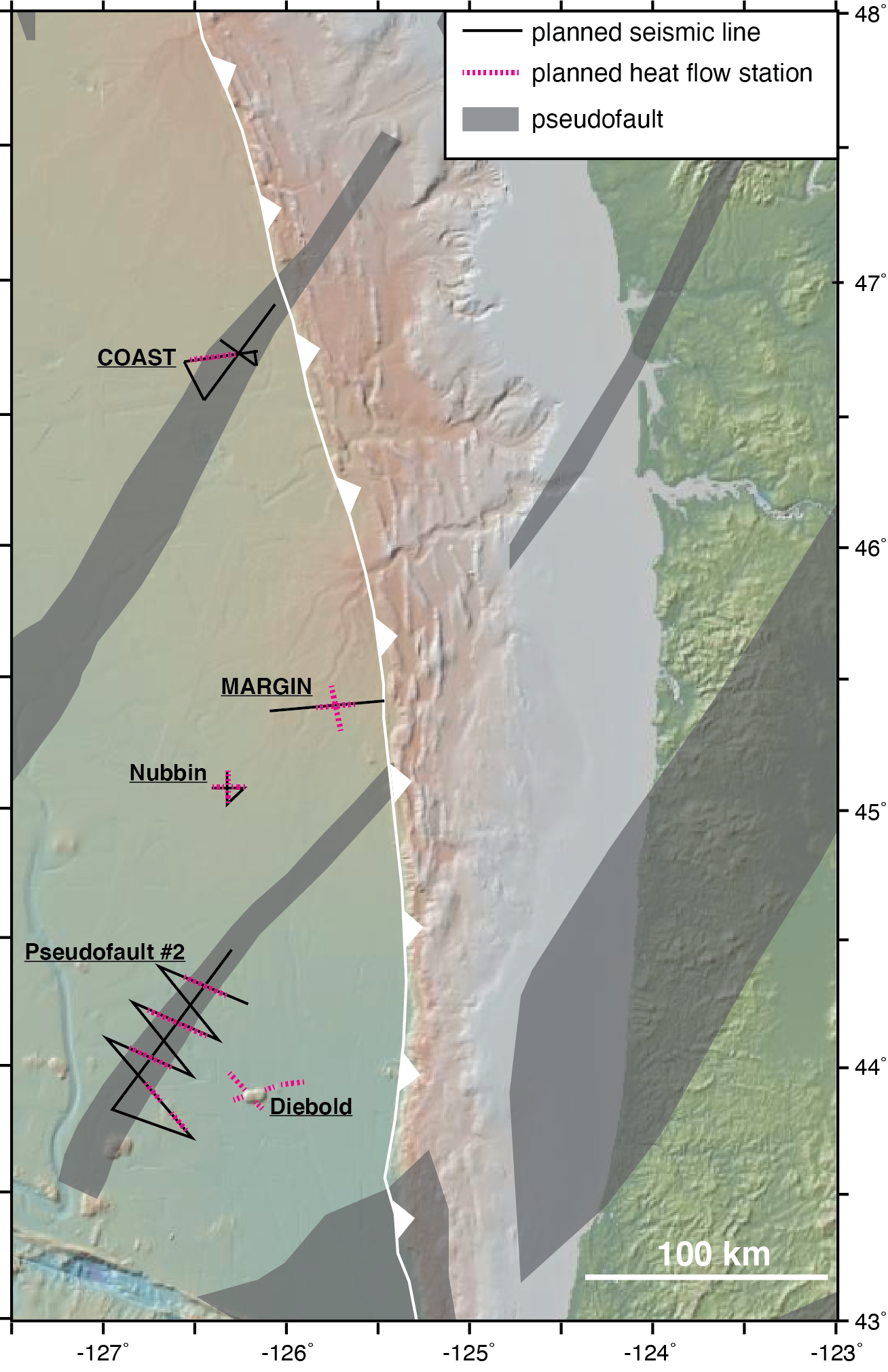 The central hypotheses are:

1) Hydrothermal circulation is ubiquitous in the upper oceanic crustal aquifer; it persists in the aquifer covered by a thick mantle of sediment near the deformation front and in the shallowly subducted crust; and

Comparisons of mean heat flux values with those predicted from lithospheric cooling models will allow assessment of whether heat in addition to the basal heat flux is added to the system (e.g., heat transported seaward through the subducting oceanic crust and/or heat advected upwards through faults in propagator wakes). Analyzing and interpreting the controls on the thermal state of the Juan de Fuca plate near the deformation front will allow for the development of improved predictive models of subduction zone temperatures.